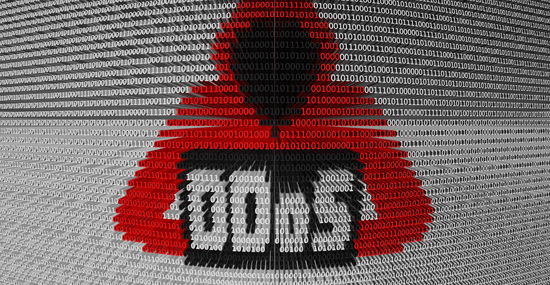 The encouraging news for businesses is that slightly more than half of all Distributed Denial of Service attacks are gamers attacking other gamers to get a competitive edge.

The more troubling reality is that the overall number of DDoS attacks on computing systems is rising, and attacks are getting larger and more frequent.

DDoS attacks are launched by cyber criminals to flood targeted systems or devices with electronic traffic from multiple sources to temporarily disable or permanently damage them. Hackers typically carry out the attacks with the help of remotely controlled, virus-infected computers known as botnets.

Attacks can block the legitimate use of the targeted equipment and knock devices offline. For gamers, disabling an opponent for a few minutes with a light attack might be enough to ensure a victory. For businesses and other organizations targeted in larger attacks, they can lose valuable time interacting with customers, constituents or suppliers and suffer damaged equipment.

To make matters worse, experts point out that DDoS attacks sometimes are cover for other attacks. While a company’s IT staff is busy reacting to a DDoS attack, for example, hackers might be planting malware in a network to steal data, say Gary Glissendorf and Theron McChesney, who work for SDN. Glissendorf is a network architect and McChesney is a business intelligence specialist.

They stress the need for businesses to deploy multiple layers of protection to adequately guard networks. Businesses and organizations need to have good security policies in place, for example, and keep equipment such as firewalls and software up to date at every point of exposure. Good, ongoing training of employees is another critical component of layered protection.

DDoS has evolved in a few years into a serious and common threat. Hackers and other cyber criminals who need help putting an attack together can find it for a modest price on the Dark Web.

“People don’t recognize this type of attack happens every single day across the country and in South Dakota,” McChesney says. “The very skilled hackers can use it to mask other attacks.”

Fortunately, DDoS attacks usually can be prevented. Companies such as SDN offer services that can filter out malicious DDoS traffic before it reaches its target. At SDN, the service is called Managed DDoS Protection. SDN also offers cybersecurity services such as Managed Firewall and Remote Network Monitoring.

SDN started offering Managed DDoS Protection in 2015, but 2016 was the first full year of the service. The number of high alerts, or likely attacks, on SDN clients increased 248 percent from the third quarter of 2015 to the third quarter of 2016. The size of attacks increased 117 percent year over year. SDN has found businesses in the region face potentially serious DDoS threats approximately 10 or 12 times a day.

The proliferation of automated services often referred to the Internet of Things is steadily increasing network entry points for attackers, who are constantly refining their weapons and strategies. So, adequately protecting networks and systems could become even more challenging in the future.

Glissendorf encourages businesses and organizations to take three steps to help protect their networks and systems.

SDN Communications is a leading regional provider of broadband connectivity, cybersecurity services and other telecommunications solutions for businesses and institutions.

Learn more about layered security by downloading our free booklet using the form below.