Cyberattacks can come from anywhere, even school kids 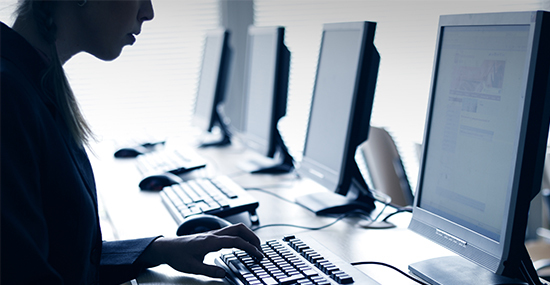 When you think about someone planning an electronic attack on a computer network, you probably envision foreign terrorists, domestic criminals or maybe unethical business or political rivals. You probably don’t think about high school students who want to get out of a test or amuse themselves with mischief.

Mark Shlanta, CEO of SDN Communications in Sioux Falls, mentioned during a recent presentation that school networks in the region have been attacked by their own students. Shlanta was among the speakers at the South Dakota Telecommunications Association’s Public Utilities Commission Forum held in December in Sioux Falls.

The attempted disruptions of school networks came in the form of Distributed Denial of Service attacks, he said. So-called DDoS attacks are designed to flood a targeted system or service with malicious electronic traffic to temporarily clog and possibly damage victim computers and servers.

DDoS attacks, which typically are carried out with remote help from virus-infected computers, can block the legitimate use of the targeted equipment. In the case of schools, the days of students blacking out ovals on paper with pencils are over, in many instances. So, standardized tests conducted online can be at risk.

For businesses, the consequences of DDoS attacks can be much greater. Customers or suppliers might be shut out from communicating.

Despite the serious inconvenience and damage that DDoS attacks can cause, they’re not overly complex to launch, Shlanta said. And for attackers who need help, assistance is available – for a modest price – on the dark web.

The upside is that DDoS attacks, generally, can be mitigated. Companies such as SDN, offer services that can filter out DDoS traffic before it reaches its target. SDN’s Managed DDoS Protection offers various levels of monitoring and mitigation services to business clients and other organizations.

SDN identified DDoS attacks as an increasing problem in 2014 and started developing solutions. The company now provides dozens of customers with DDoS-mitigation services.

Attacks are commonplace, even in South Dakota.

“They happen everywhere across the state, and they happen daily,” Shlanta said.

The video below shows the frequency of attacks directed at SDN customers and their networks in South Dakota between March 2015 and December 2016.

Other forms of cyberattacks also are growing concerns for institutions, businesses, individuals and the telecommunications industry. Shlanta also talked about SDN services such as Managed Firewall Protection and Managed Routers. Managed services provide clients with benefits such as access to security experts with up-to-date knowledge of threats, low upfront costs and predictable monthly subscription expenses.

Shlanta also explained how SDN is helping wireless carriers improve services by assisting with the installation of small cell poles. Small cells are controlled, low-power radio-access nodes. The equipment sits atop of a pole similar to a light pole and other structures.

In some busy locations, the soaring volume of data sent and received on mobile devices is straining the quality of those services. Strategically placing small cells can help increase capacity and quality of service in busy areas served by larger, macro towers.

Increases in volume of data moved on wireless devices also challenge broadband providers such as SDN to keep expanding and improving their networks. That’s because mobile transmissions typically travel at least partly on fiber infrastructure. SDN is up to that challenge.

SDN is the premier regional provider of broadband connectivity, cybersecurity services and related telecommunications solutions for businesses and institutions. Learn more about the services on the What We Do page of SDN’s website or call 800-247-1442.