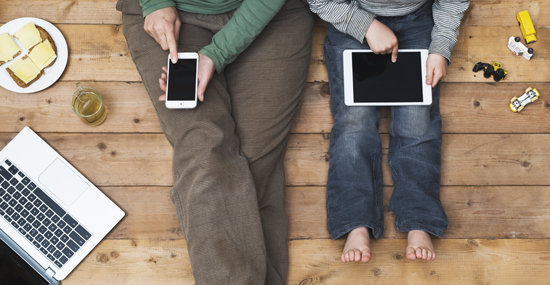 Eight users can be all it takes to clog a home’s internet pipe, especially one that isn’t high speed.

Ken and Amy Novak discovered their DSL internet service from an out-of-state provider just didn’t work. There are eight children and two professional adults in their home east of Mitchell along the scenic James River Valley.

“I coach soccer for Mitchell High School,” Novak says. “If I wanted to download a game video, it’d take two-and-a-half days, but most likely it would crash in an hour.”

Novak also teaches sociology at Dakota Wesleyan University and his wife, Amy, is the president of DWU, so they regularly need connectivity at home to do their jobs, and the kids couldn’t do any online homework. However, they had no other internet option living in the out-of-state provider’s service territory.

“We finally have better internet speeds, and it’s not crashing all the time,” Novak says. 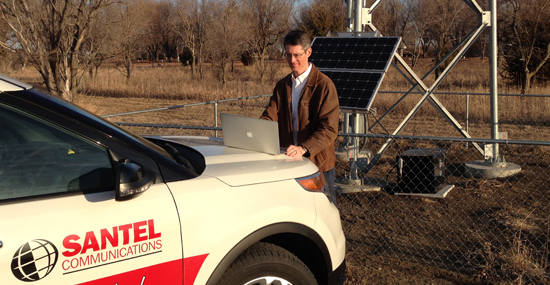 All 17 SDN/SDTA locally-owned companies would prefer to serve every customer with fiber optics, the most reliable method of internet connectivity. They’re on schedule to do that inside their own service territories within three years. In fact, today one-third of the SDN/SDTA companies’ networks are 100 percent fiber today; half have 80 percent or greater fiber connectivity.

But it gets complicated if they try to serve customers outside their territories with fiber. It triggers considerable regulation and expense to compete in the out-of-state companies’ territories, even though some of those companies aren’t delivering high-speed internet.

“We had more than a thousand customers who had been very loyal to our product, and they deserved an upgrade,” Thompson says.

RC Communications in New Effington uses a similar approach to deliver broadband to 700 rural customers near Big Stone Lake, Milbank and Watertown. General Manager Scott Bostrom is pleased RC can expand service to customers outside their traditional territory and receives good feedback from those customers who have no other option.

James Valley Telecommunications in Groton launched a fixed wireless solution in 2013. It has worked to improve the service outside of James Valley’s boundaries, specifically around Aberdeen and Redfield. JVT has thousands of customers on the product who wouldn’t otherwise have access to broadband internet.

“If it’s the only way to get service to someone in need of broadband, that’s what we put in. It’s a solution that works,” says James Valley Telecommunications General Manager James Groft.

Wireless products are a good solution of last resort, but they do not offer the resiliency of fiber connections. Wireless coverage can be spotty, affected by line of sight or even weather. Fiber, on the other hand, is a limitless and frictionless pipe, meaning connection speeds are only limited by the equipment on either end of the fiber.

As the state of South Dakota looks to connect all citizens, it should embrace all forms of connectivity, but do so realizing wireless technologies are a temporary fix. Elected leaders should not use public funds to create two classes of broadband delivery. The goal should be to deliver reliable broadband via fiber to all, which will not be a quick or inexpensive fix. It will require private partnerships with local companies, like the SDN and SDTA members, who have a century of service, $700 million in recent infrastructure investments, and strategic plans to serve citizens for the long haul.