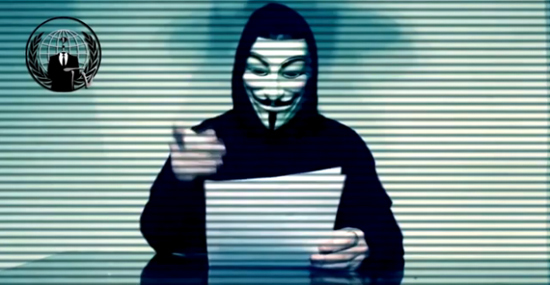 The Internet has become the primary soapbox for today’s political candidates.

Candidates still give speeches, of course, and traditional print and broadcast news-media outlets still play roles in role in covering campaigns. But when well-known candidates really want to communicate with voters, they are likely to use social media.

The Internet enables candidates to communicate directly and efficiently with targeted groups of prospective voters, thought leaders and financial donors.

The rise of online communication made it inevitable that political shenanigans would spread to the Internet, too.

The secretive hacktivist group Anonymous thrust itself into the spotlight recently by announcing plans to disrupt Donald Trump’s campaign and business websites, beginning April 1. Trump, the leading candidate for the Republican nomination for president, has antagonized some people with controversial comments about women, Mexicans and Muslims.

Note, however, that the group’s attack – the second one directed at Trump - is scheduled to begin on April Fools’ Day, a day famous for practical jokes and hoaxes.

Questions also exist about the ability of a loosely organized collective such as Anonymous to effectively attack online targets, particularly when website operators have been warned in advance to prepare.

Buried in news reports about the possible Anonymous attack are some interesting details about the group’s attack methods. The group typically goes after targeted websites with DDoS attacks, which is short for Distributed Denial of Service attacks.

DDoS attacks try to clog or take down websites or other targets by overwhelming them with high volumes of electronic traffic. Such attacks might be carried out with help from virus-infected computers, known as zombies, which can be remotely controlled to send out electronic blips known as botnets.

Regardless of how an attack is carried out, delaying or shutting down traffic to target sites can be extremely costly to campaigns and businesses.

Concern about DDoS attacks have been rising along with the frequency of attacks. Attacks can come from anywhere – disgruntled former employees, unhappy customers, unsavory competitors, thieves, as well as from groups such as Anonymous.

DDoS attacks have become popular with pranksters and criminals because they’re relatively cheap and easy to deploy. People who lack the knowledge or equipment to launch an attack on their own can buy a month’s worth of potentially crippling attacks on a targeted website for about $900, maybe more, on the dark web.

Small-scale attacks are available for as little as $5 an hour. Buyers’ identities are protected in secrecy.

The growing popularity of attacks is why companies such as SDN Communications have added services to protect clients from DDoS. SDN added Managed DDoS Protection to its menu of cybersecurity offerings last October.

Initially, the thought of overly competitive gamers attacking each other with DDoS to gain advantage in online competition was kind of amusing. People applauded when Anonymous went after groups such as ISIS and the Ku Klux Klan. That’s a slippery slope, though, as the Trump case proves.

There’s nothing funny about major disruptions in the nation’s democratic process or national commerce. If the planned attacks on Trump’s websites are real, Anonymous should reconsider its tactics.

There is not much ethical difference between taking down a computer network remotely or smashing it up with a hammer in the middle of the night. Both are wrong.

Organizations suffering from sluggish networks might want to contact SDN for a checkup to make sure they’re not a victim of a DDoS attack. Help also is available to businesses and organizations that want to proactively protect themselves from attacks. Contact SDN’s experts for more information.

SDN has also created a couple videos showing how an attack works and how they can mitigate them. Use the button below to see how it works.