Burden of protecting information is heavy and growing 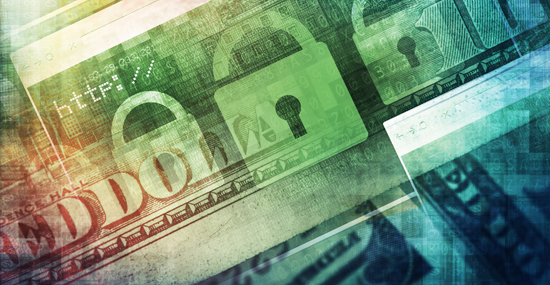 The makeup and impact of global traffic are even more concerning.

A new report by the Center for Strategic and International Studies and the security software company McAfee estimates that cybercrime costs the world nearly $600 billion a year. That’s about 0.8 percent of the global gross national product.

The global cost of cybercrime exceeds the GNP of most countries. The United States, which has a GNP approaching $20 trillion, is a notable exception. However, the prosperity of the United States also makes the country and its businesses popular targets of cybercriminals.

As noted in the CSIS-McAfee study, as crimes with global impact go, cybercrime ranks third. It still trails the economic evils of government corruption and narcotics trafficking. Unfortunately, cybercrime might be a safer career option than political thievery or illegally selling drugs. That’s because the probability of a cybercriminal getting arrested or jailed is low.

“Not one of the perpetrators of the biggest headline-grabbing breaches has been prosecuted,” according to the executive summary of the CSIS-McAfee report. “Law enforcement agencies are stepping up their efforts, but many cybercriminals operate outside of their jurisdictions.”

By no means have law enforcement agencies given up. But their presence has pushed illegal dealings largely to the Dark Web, where criminals’ identities are largely protected.

The Dark Web is a part of the worldwide internet, but it is accessible only with special software, and its services are not indexed. Buyers and sellers of drugs, weapons and other illegal services can connect anonymously on the Dark Web and transact business with untraceable cyber currencies, such as Bitcoin.

The Dark Web is just one of the fronts in the ongoing battle against cybercrime. As a practical matter, businesses are more likely to feel the impact of cybercrime when weapons such as ransomware or Distributed Denial of Service (DDoS) attacks are applied against them.

Now more than ever, law enforcement agencies, organizations that have been victimized and service providers must work together to reduce cyber threats. But for at least the short-term future, big-time cybercriminals will remain difficult to track, apprehend and stop. The relatively low risks and high payoffs of cybercrime keep attracting new criminals.

The harsh realities of cybercrime increase the need for business organizations to aggressively protect themselves. Companies must keep their security strategies, as well as their hardware and software, updated.

As security experts at SDN have repeatedly advised, organizations should take a layered approach to security. Protecting the perimeter of a company’s network isn’t enough.

Good protection begins with good leadership and good policies, including regular training that covers everyone in the organization. In most cases, employees are a more vulnerable target for cybercriminals than walls or equipment.

An organization’s network also must be protected from every workstation to the point at which a company’s network connects to the outside world.

Security strategies also should include making sure that buildings and access in structures well-controlled, too. For intruders and thieves, any connected device can be the gateway to a payoff.

The majority of people who use online services already have had personal information stolen, and one attack does not immunize them from being victimized again.

Businesses increasingly are creating, moving and storing electronic assets of significant value. The burden on them to protect that information is growing, too.

SDN is in the final stages of preparing the 2018 Cyber Threat Landscape Report - Year in Review. Use the button below to subscribe to receive the report as soon as it's released.