Achievements and future of co-ops are worth celebrating 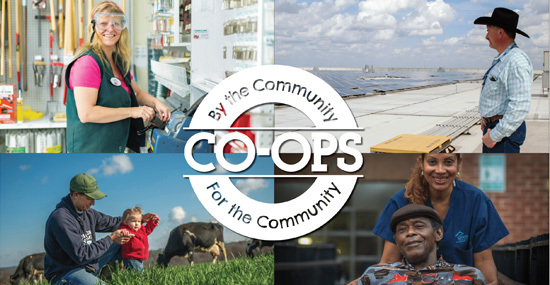 Here’s an interesting tidbit: By one estimate, there are more than 350 million members of cooperative businesses in the United States. The total exceeds the national population by about 20 million because a lot of people belong to multiple co-ops.

Co-ops, which have existed in various forms in the United States since colonial times, are a popular business model. They contribute substantially to the national and local economies. Nearly 30,000 co-ops in the United States generate more than $500 billion in revenue and $25 billion in wages annually, according to a study by the University of Wisconsin Center for Cooperatives.

The locally focused, grass-roots nature of co-ops is celebrated throughout October, which is National Co-op Month in the United States. The theme is “Co-ops: By the Community, For the Community.”

Co-ops are business reflections of American democracy. They are governed by boards of directors that are elected by the people served by the organization. Co-ops are common in rural America, particularly in the agricultural sector, but also in industries such as utilities.

For example, 12 of the 17 telecommunications companies in South Dakota that own Sioux Falls-based SDN Communications are cooperatives. The other five are municipal, tribal or privately-owned telecoms.

Santel Communications, which is based in Woonsocket and has approximately 4,000 customers, is among the SDN member companies that use the co-op structure. In addition to Woonsocket, Santel serves the towns and rural areas of Alpena, Artesian, Ethan, Forestburg, Letcher, Mount Vernon, Parkston, Tripp, and Wolsey.

Santel’s product offerings include phone, internet and TV services. It also owns Tech Solutions, a managed IT service based in Mitchell. 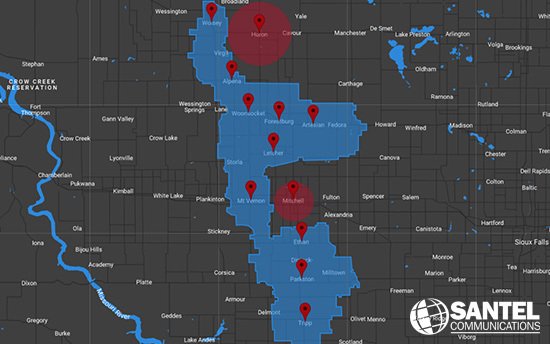 Founded in 1952, the company has experienced – and survived – 67 years of technological and sociological changes. And it continues to evolve. Santel is currently in the process of upgrading its old, copper-based network.

“We are in year seven of a 10-year plan to change everything to fiber. 2020 and 2021 will be our last two, big years of construction. Then our official last year (2022) will, hopefully, just be clean-up,” said Ryan Thompson, Santel’s general manager. 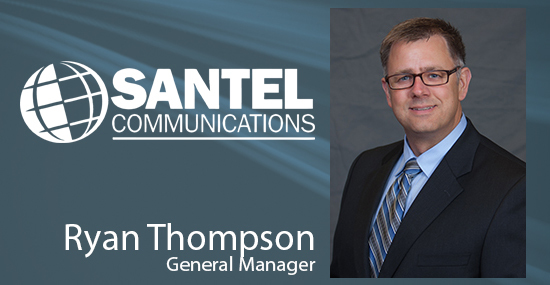 Why has the co-op structure been a good fit for a telecommunications business serving a rural, thinly populated area? Thompson pointed out, for starters, that the people served by the co-op also own it. They control the organization, and they care about the area it serves.

There are instances when short-term challenges encountered by individuals might blur the longer-term good of the overall group. However, for the most part, the co-op system works well, said Thompson, who also serves on SDN’s Board of Managers.

Large national and international providers probably wouldn’t be as inclined to invest significantly in telecommunications infrastructure to improve services in a rural area. There’s just not enough profit incentive. So local co-ops and small businesses are counted on to fill such gaps.

To help fund its network upgrade, Santel has had to suspend another traditional co-op benefit: patronage payments to members. The payments are similar to dividends that some businesses pay shareholders.

Thompson noted that changing times have created a new challenge Santel and probably a lot of other rural co-ops.

“It hasn’t been as cool to be a member of a cooperative as sometimes in the past. But I think there are still opportunities to bring younger people in,” he said. “We have to work differently to resonate and to be a viable consideration, especially with younger people or the people who come from other areas and aren’t used to working with cooperatives like our long-term customers.”

In a way, co-ops are being challenged and measured by their past successes. But as governments reduce services or deregulate markets, co-ops are likely to remain attractive alternatives for helping communities provide goods and services.

The future of co-ops, as well as their past achievements, are worth celebrating.

SDN Communications is a regional leader in providing broadband connectivity and cybersecurity services to businesses in communities such as Sioux Falls, Rapid City, Worthington, and the surrounding areas. For more information about its member companies that serve rural South Dakota, see sdncommunications.com.