3 Steps to protect your Internet of Things devices 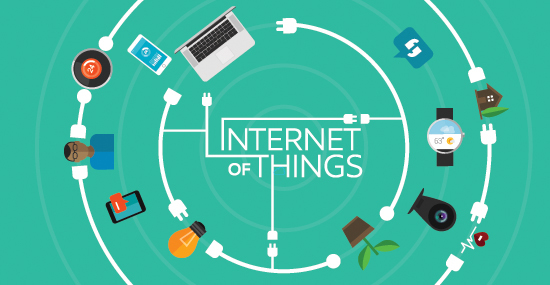 With a steady stream of new products and services rolling out, the Internet of Things is altering lifestyles and business practices.

IoT, as it’s commonly known, refers to networks of machines that are connected to the internet. The connected devices can give people the ability to remotely control features such as building locks and room temperature, for example, or even review data from medical devices such as pacemakers. Those are significant advances.

“This will continue over the next several years, as everything from refrigerators to toasters become more sophisticated. Even children's toys will eventually utilize IoT technology to entertain, educate and even keep kids safe,” according to the Chivas Venture report.

Although a lot of IoT devices are consumer products, businesses have a growing stake in the phenomenon, too.

Gartner Inc., a prominent company in the research and consulting industry, issued a detailed report in 2016 that forecasts more than half of all major, new business processes and systems will incorporate an element of the IoT.

“The nature of IoT solutions, how they are deployed, and the types of data they generate and consume are giving rise to new security and privacy implications that organizations must begin to address,” according to Gartner. “This is a rapidly escalating risk to the organization, bringing complexity unfamiliar to most IT and business leaders.”

Along with the proliferation of IoT devices come new scams. Gartner warns that by 2020, there will be a billion-dollar black market selling fake sensors and video data to enable criminal activity.

Connected devices already outnumber people who are connected, and the gap is widening. To complicate matters, the development of new, internet-enabled products appears to be advancing faster than the technology to protect devices and networks. Thieves and saboteurs have more targets than ever before.

“We have endpoint security software for devices such as computers and phones. But there’s no endpoint security for the Internet of Things because they’re not running your typical operating systems,” says Chris Aeilts, a sales engineer with SDN Communications in Sioux Falls. “Yet, they are no less vulnerable to attack.”

However, there are steps people can take to protect connected devices and information, Aeilts says.

Remember that any device connected to the internet is in danger of being hacked and abused; one weak link can provide hackers access to all kinds of potentially valuable information.

Don’t get overly distracted by flashing new gizmos. The battle to secure IoT is in the early stages, but the cybersecurity industry catching up.