World-class internet connectivity coming to homes and businesses in Beresford 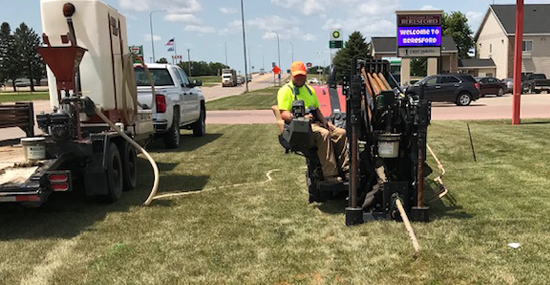 BERESFORD, SD - The Beresford Municipal Telephone Company will invest about $5 million to significantly upgrade connectivity for internet and phone services. Replacing approximately 70 miles of copper wiring with state-of-the-art fiber optic lines will bring world-class internet speeds and reliability to business and residential customers throughout the community.

Construction is expected to begin this fall and take about a year to complete.

“This is really a game changer for us,” Anderson said. “Fiber is really going to help us to recruit and retain people to come, live, work, play and spend in Beresford. It’s potentially going to open new opportunities not just for residents, but also for businesses.”

Todd Hansen, general manager of Beresford Municipal Telephone Company, or BMTC, said the community has simply outgrown the level of service that its good but outdated network can provide.

“Our copper infrastructure has supported our many services over the years, but fiber optic cable improves speed, provides stability and will increase bandwidth. Fiber will also give us the ability to support future technologies,” Hansen said.

The fiber-to-the-premise project will provide residential as well as business customers access to internet speeds of up to a gigabit. A gigabit of service offers far more data-moving capability than any consumer presently needs, according to experts. But no one knows what future advancements in technology might bring. 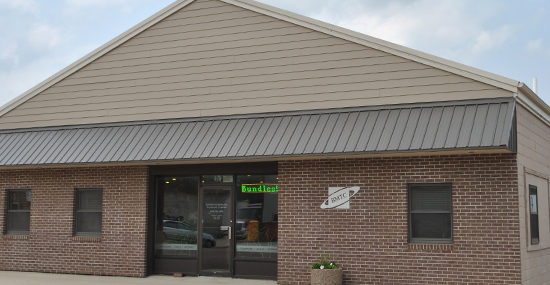 “I think that’s a great thing for the City of Beresford to upgrade to fiber. Giving themselves more robust broadband infrastructure is very critical to employers in the community and will be incredibly important to all consumers, whether business or residential,” Coit said.

BMTC belongs to the SDTA, which advocates for the state’s rural, broadband providers. It is also a member-owner of Sioux Falls-based SDN Communications, which provides the fiber connectivity that links Beresford to the region and beyond.

BMTC is one of three city-owned telecommunications utilities in South Dakota. The other two are in Brookings and Faith.

Plans to improve BMTC’s network comes at a time when Beresford is poised for growth. Three developers have acquired land to build apartments, twin homes and single-family houses, Anderson said.

“We want to remove any barrier that we have control over that someone may have when they consider moving to Beresford. Since we are the municipal provider of internet and telephone and cable, we want it to be the best,” Anderson said.

As new technologies have been developed, customers increasingly have requested faster internet speeds, and BMTC has responded. In March, the Beresford City Council approved plans to upgrade the community’s network to fiber.

A 2018 report, titled, “Connecting South Dakota’s Future: A Report on the Deployment & Impact of Rural Broadband,” points out that the internet has become a central marketplace for the exchange of goods and services. It also has become an important forum for socializing and entertainment.

The connectivity study, which was compiled for the SDTA, highlights substantial investments that rural telecoms have made to upgrade the communications infrastructure in the state. In recent years, rural telecommunications companies have invested several hundred million dollars in fiber optic lines and related improvements.

The upgrade in BMTC’s infrastructure will bring service in Beresford up to a level that will compare favorably with the level available anywhere in the nation, officials said.