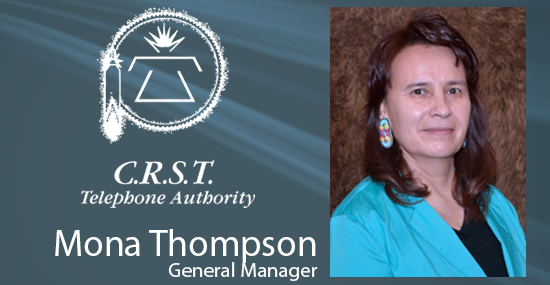 Leaders of the Cheyenne River Sioux Tribe Telephone Authority take pride in their business being the first tribally owned telecommunications company in the United States.

The C.R.S.T. Telephone Authority, which is based in Eagle Butte, was established in 1958. It serves the Cheyenne River Indian Reservation in northwestern South Dakota, including most of Dewey and Ziebach counties. In addition to Eagle Butte, communities in its service area include Dupree and Isabel.

The authority also is unique among SDN Communications’ 17 member companies in South Dakota, most of which are structured as cooperatives.

Although owned by the tribe, the C.R.S.T. Telephone Authority operates under the direction of its own Board of Directors. The authority’s service area includes 20 small communities and five phone exchanges spread over 4,600 square miles.

The authority generally deals with the same opportunities and challenges as other small telecommunications companies in the Upper Midwest. In addition to being affiliated with local, state and national associations, it belongs to the National Tribal Telecommunications Association.

“We are the first and oldest tribally owned telephone company in the United States,” said Mona Thompson, general manager.

Thompson considers the rural nature of the authority’s market to be a positive, not a negative.

“I like the fact that we’re rural. We can see the open sky. We can see miles down the road,” she says.

In addition to offering telephone and Internet services to about 2,600 subscribers, the authority operates a propane-distribution business for the tribe. Also, the authority’s Sales and Service Division sells products, including furniture, janitorial supplies and school supplies.

The authority has 31 employees, including four who work for the propane company or the sales division. Company growth has been respectable. Assets have increased from approximately $100,000 in 1958 to a current value of $36.8 million, Thompson said.

Thompson, like many authority employees, belongs to the tribe. She was born and raised on the reservation and holds an MBA from Colorado State University.

She started working for the authority in 1996 as a marketing and economic development specialist and was promoted to assistant general manager in 2002. She applied for the general manager when the position was open in 2012 and beat out 25 other candidates for the job.

She reports to a six-member board whose members are appointed by the Tribal Council.

Ardis Warcloud has served on the authority board for 20 years. She is secretary-treasurer. Like Thompson, she expresses pride in the authority being the oldest tribally owned telecommunications company in the United States.

The biggest challenge facing the authority is the same one facing a lot of small telecoms, she said: “Keeping up with the times, the new things that come along.”

The authority expanded from the telephone business to Internet service in 1998, using the brand name Lakota Network. Today the authority is in the last phases of a “Fiber to the Home” project that will improve Internet speeds for many customers, Thompson said. Work on the fiber project began in 2010 and will be finished by the end of 2016, she said.

“As we move into the next phase and look to the future we’re going to consider other services to provide our customers. One of them may be home security services,” Thompson said.

The authority also is considering the possibility of offering wireless router service in the home, which would improve service for customers who connect multiple devices to the Internet.

Visit the C.R.S.T Telephone Authority website to learn more about the company.