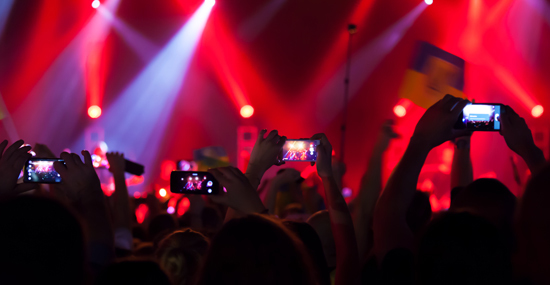 Trends in phone use are striking and underscore the need for improvements to relieve the region’s increasingly strained telecommunications infrastructure.

The vast majority of Americans – 95 percent – now own cell phones of some type, according to the Pew Research Center in Washington, D.C., and 77 percent of them own smartphones. Indeed, smartphones are the only personal pathway to the Internet for about one of every 10 Americans.

Two-year-old data from the National Center for Health Statistics also attests to the need for improved infrastructure: About 48 percent of American homes only have wireless phones.

People use mobile phones for more than calling, of course. In addition to accessing the Internet, they’re taking photos, watching videos, sending messages and emails and playing online games.

Telecommunications activities such as sending and receiving video require a lot more bandwidth than making a phone call or sending a basic text. So, better tower coverage is needed to handle the shifting traffic, especially in highly concentrated areas such as college and medical campuses, shopping centers and fairgrounds.

The upside in the Sioux Falls region is that many of those areas in busy communities don’t need another 200-foot or 300-foot macro tower. They only need a supplemental, 32-foot small cell pole to relieve the increasing traffic on a larger tower already in the area.

The need for better wireless infrastructure will become more critical in the future when 911 communications are upgraded, as planned, to allow callers to also send photos or video when reporting an emergency.

SDN is in the process of arranging and installing 50 small cell poles in communities in and near South Dakota, and additional pole projects are expected. The metal poles are about the size of a street light. They’re typically installed in public rights of way.

“They are really not a big deal,” says Vernon Brown, vice president of marketing and community relations for SDN. “It’s necessary infrastructure for how we use our cell phones today.”

Construction involves a little more than putting up a pole in a sound foundation because wireless calls aren’t entirely wireless. Wireless calls travel through the airwaves to the closest tower and then get routed underground on fiber or cooper to the tower nearest the call’s destination.

Some communities don’t have a regulatory process readily in place for dealing with this new type of communications infrastructure. That might slow tower installation in some areas, initially. But improved telecom services are a great incentive for busy, growing communities to welcome the addition of small cell poles.

SDN is installing the poles for use by Verizon Wireless, but the structures will have room for a second provider’s antenna.

“We’re making it so two can go on the same pole, so that communities won’t have to have a second pole if another company wants to use the technology,” Brown says.

SDN Communications is a leading regional provider of broadband connectivity, cybersecurity services and other telecommunications solutions for businesses. For more information about SDN’s small cell projects, use the button below.