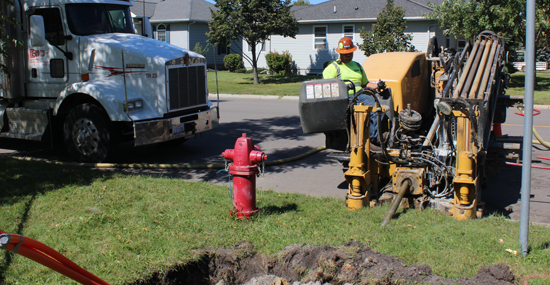 A construction crew that cuts internet fiber on accident while digging for a building or doing road work doesn’t only interrupt online streaming services or email. There's even more at risk.

A fiber cut could potentially disrupt urgent, life-saving information from being transmitted to an ancillary health care facility or to an accident site. Sensitive and potentially life-saving data could be left in the balance.

That’s why SDN Communications always has and will continue to take special precautions when installing, maintaining and expanding its network. It's designed to be repairable, even after catastrophes, said Jerry Andersen, manager of outside plant engineering at SDN.

“I wish I could take credit for it, but it’s been designed that way since the beginning,” said Andersen, who has been with SDN for the past 10 years of the company’s 30. “SDN puts in the extra expense to protect the network and make repairs in an expedited fashion.”

For starters, more than 99 percent of SDN’s all-fiber network is buried underground. It’s not hanging unprotected from poles. The exception is a few poles in rocky areas of the Black Hills where fiber cannot be buried, Andersen said. 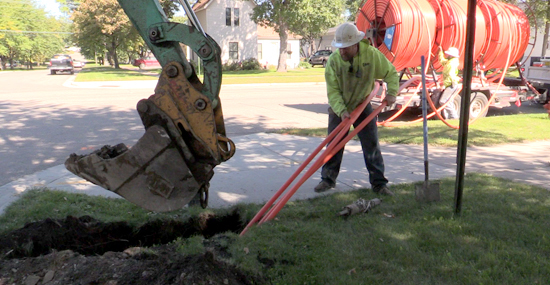 In cities, there are up to three fiber lines buried in an orange-colored, heavy-duty, plastic covering to enhance visibility and protection of the network as well as provide multiple connection options.

It has also become routine to provide more than one transmission route so data can be rerouted automatically in case one path has an issue. That is especially important for customers who use a lot of data and need continuous service.

Strategically located, enclosed, service facilities limit the potential impact area of any unexpected problem that might arise. There are six service points in Sioux Falls; smaller towns might have two. They make locating and fixing problems easier. New fiber can be blown into the casing from the enclosed vaults (pictured below) or "huts." 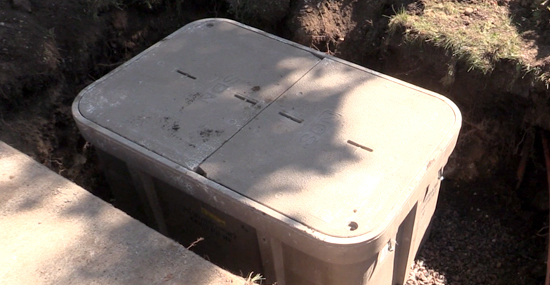 Because of South Dakota’s largely rural nature, the biggest challenge in fixing network problems in the countryside typically is getting a crew to the site quickly.

SDN and its primary subcontractors – Engbarth Directional Drilling and Wiltech Fiber Splicing – typically deal with four or five major incidents a year in which fiber has been damaged. Most of the incidents are construction-related, Andersen said.

“I cannot think of one that’s taken us longer than eight hours to fix, and that includes driving time,” he said.
SDN owns and maintains about 3,100 miles of fiber. (SDN member companies across South Dakota own and operate more than 40,000 additional miles of fiber and other network wiring. SDN partner companies in Minnesota and Iowa also own and maintain thousands of miles of network.)

Andersen and his crew oversee the addition of about 100 miles of new fiber each year. That will be the case again during the 2019 construction season, Andersen said.

A lot of this season’s broadband connection work will help major wireless carriers prepare for 5G, the next generation of communications technology.

“We’re doing a lot of cell tower work this year. The orders have been coming in pretty quickly,” Andersen said.

Cell towers are connected underground to broadband networks. “Wireless signals” aren’t entirely wireless. They don’t bounce along a series of towers. They, too, depend on wired networks.

One of the SDN’s biggest projects this year involves adding about 16 miles of fiber in Minnesota to connect the Mountain Lake and St. James areas.

Headway is being made on Andersen’s to-do list of about 150 projects, at least in project numbers. About half the projects are done. But in terms of adding mileage and finishing work volume, the projects are not half done.

Like farmers in the Sioux Falls region, network builders will need cooperative weather this summer to complete large projects. “It’s very difficult to plow when the ditches are filled with water,” Andersen said.

The projects will get done eventually, though, and they will get finished with future performance and reliability in focus. The regional telecommunications system will be better as a result.