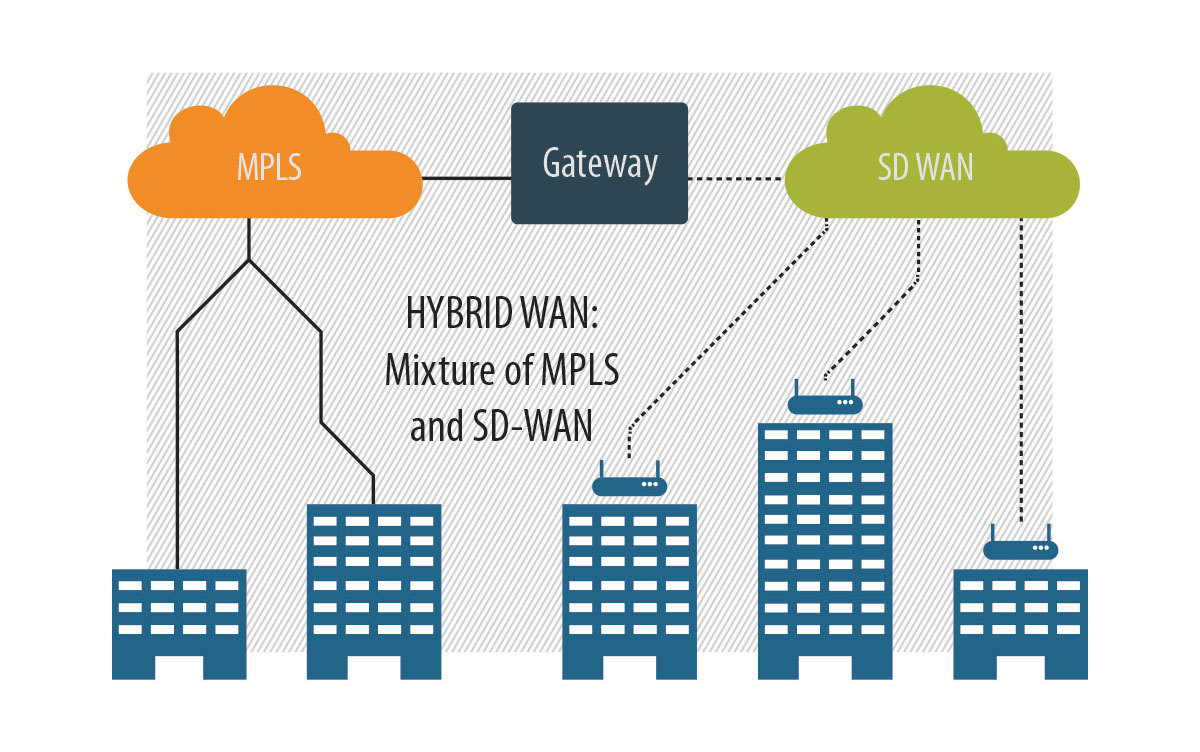 About two years ago, telecommunications experts at SDN Communications set out to find the right vendor to help the company offer an emerging networking service to help its customers. And they found one.

The still-emerging service is SD-WAN, which is short for software-defined, wide-area networking. Sioux Falls-based SDN had dozens of vendors to choose from, and the review team selected Nuage Networks.

Nuage Networks from Nokia is a Silicon Valley-based company. It’s brought new thinking to the challenge of providing scalable, programmable, software-defined networking solutions to businesses. The service also can provide the availability and security needed in today’s business environment.

In addition to providing broadband connectivity to businesses in the region, SDN provides services such as Managed Firewall to help businesses protect their networks from intruders.

For the sake of clarity, it should be noted that in addition to being part of SDN Communication’s name, the letters SDN also used as an abbreviation for software-defined networking.

SDN Communications, as a corporate name, evolved out of a reference to the state in which the Sioux Falls-based company and its statewide affiliates began business: South Dakota.

SDN, in the software sense, refers to networking architecture in which traffic management can be improved with centralized control. The precise definition of SD-WAN is still evolving within the telecommunications industry. But companies with multiple locations – including some of SDN’s customers – are already benefitting from the service. 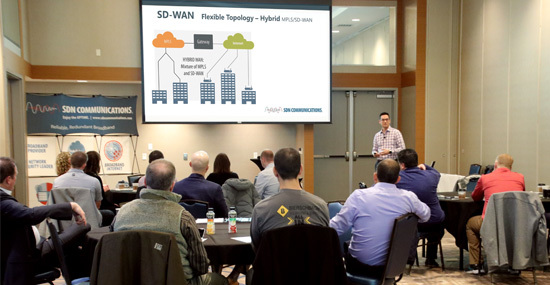 SDN Communications recently hosted a breakfast presentation to explain the details of its SD-WAN service to businesses. Chris Aeilts, a sales engineer with the company, did a great job breaking down the technicalities and outlining options and potential benefits for customers.

SD-WAN service can simplify network administration, consolidate infrastructure, centralize control of resources, and provide flexible topology, which in computer-talk refers to the size and shape of a network.

Among the local and regional companies that might consider the product are those looking to add resiliency to their networks, Aeilts said. That means, for example, if a data-transmission route fails for some unexpected reason, traffic could be shifted with relative ease to another route.

Businesses with a mix of needs for moving traffic between sites on private networks and the public internet might enjoy significant benefits, he said.

But don’t be fooled into thinking that SD-WAN and similar services are the same from one company to another and that the only variable is price.

One key difference between two providers can be the way in which one company manages growth in data traffic. Crowded pipelines can result in significant traffic slowdowns and a deterioration in the quality of data being transmitted.

“We’re constantly trying to stay ahead of demand,” Aeilts said.

In addition, SDN Communications provides customer support 24 hours a day, every day of the year.

Businesses are increasingly moving commercial applications and other information to the cloud – most likely to multiple offsite server sites. At the same time, businesses are relying more on remote workers and undergoing other changes. Have those companies kept their networking practices similarly updated? Probably not. In many cases, a review might be in order.

SD-WAN is a technology that can complement and improve features in existing networks. Check with a sales representative from SDN Communications if you’d like to learn how you might be able to get more out of your network.