Hartford, to its credit, explores potential of 5G technology 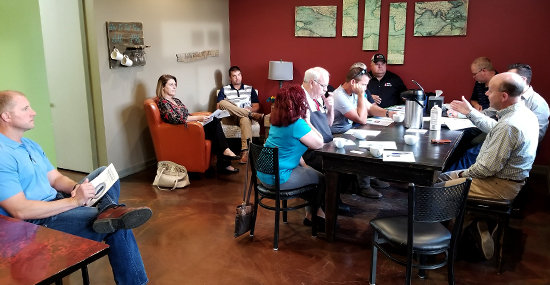 Forward-thinking communities of all sizes are exploring options and preparing for advances in telecommunications technology.

Public demand for new communications technology is increasing. That, in turn, is increasing the need for better infrastructure – including additional small cell poles, macrocell towers and buried fiber. Small cell poles, in particular, are becoming a more common sight.

The poles are typically 32-feet high and have telecommunications equipment about the size of a five-gallon bucket on top. You might not notice the poles because they often double as a light or utility structures. Regardless, they do a big job: They improve the speed and reliability of mobile wireless coverage in high-traffic areas by taking the pressure off bigger towers.

In addition to improving the performance of existing 4G technology, small cell poles are setting the stage for 5G, the next generation of communications technology. 5G, which is in the early stages of implementation globally, is designed to make wireless services faster, more reliable and more secure for public services, businesses and individuals.

Forward-thinking communities are preparing by, for example, adopting ordinances and regulations that don’t hinder the development of mobile infrastructure improvements.

Civic leaders in Hartford invited SDN executives to talk about small cell technology at an Aug. 16 meeting of the Hartford Area Development Foundation. Vernon Brown, SDN’s vice president of marketing and community relations, and Nikki Gronli, a marketing specialist for the company, spoke and answered questions.

Jesse Fonkert, director of the foundation, noted that in addition to Sioux Falls, the nearby college town of Madison – home of Dakota State University – has been lobbying for development 5G technology.

“If we (in Hartford) can find a way to capitalize on this movement, the 5G they’re working on, it could help us as well,” Fonkert said.

Hartford, which has a population of approximately 2,500, is about 18 miles west of Sioux Falls. It’s a growing community that’s served by Golden West Telecommunications, an SDN member company.

Infrastructure, such as small cell poles, is only a precursor to 5G, which is still probably several years away from being available in communities such as Sioux Falls, Brown and Gronli told 16 civic leaders and others who gathered at the Stomping Grounds coffee shop in Hartford.

Because of the town’s proximity to Sioux Falls and the Interstate 90 corridor, Hartford could be an early beneficiary of the technology, Brown said.

“From a city perspective, the best thing you can do is have your ordinances in order,” he said.

Reasonable government regulation and fees will encourage the development of the poles and underground fiber that will be necessary for better telecom services, Brown said.

He noted that wireless communications are not entirely wireless. They’re only wireless from the user’s device to the nearest pole or tower. From there, fiber or wire carries the electronic information between towers or poles. The vision of wireless calls bouncing from tower to tower, without every traveling on fiber or wire, is a common misperception of mobile technology.

“The biggest challenges will be having your ordinances and bracing for the infrastructure. There will be poles. There might be on one your corner,” Brown said.

Putting fiber in the ground can be costly, especially in areas where potential customers are scarce or the ground is rock. So, in some cases, government subsidiaries might be necessary to provide better service for all.

Brown also pointed out that special phones will be required to take advantage of 5G technology, and the devices will likely be expensive.

Products such as driverless cars will require 5G technology to work. In South Dakota, telemedicine is among the industries most likely to benefit, Brown said.

Fonkert suspects there are other ways that communities such as Hartford might be able to benefit from improved communications technology. Boosting the quality of local education might be an option, for example, he said.

Hartford deserves credit for taking initiative and beginning to explore the possibilities.

SDN Communications is a leading regional provider of broadband connectivity and cybersecurity services for businesses. For more information about the company, its services and its member companies across South Dakota, see www.sdncommunications.com.