For network building team, 2017 will be the year of small cell poles 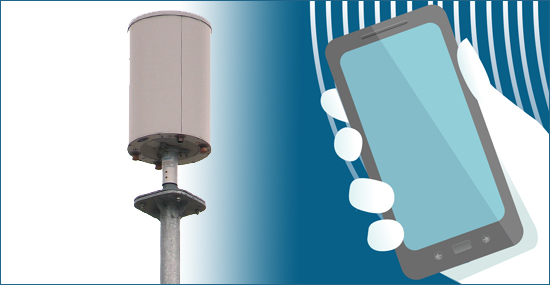 2017 will be a big year for small cell poles in and near South Dakota.

Jerry P. Andersen and his crew at Sioux Falls-based SDN Communications are overseeing the construction and underground cabling of 50 small cell poles to improve wireless services in the region, and plans are being made to install additional poles.

“Small cell deployment is going to be a big deal in the coming years,” says Andersen, manager of outside plant engineering at SDN.

He hopes to have the first of this year’s 50 poles up by the end of June and rest by early December, and expects additional installation projects will follow.

In some cases, the first round of construction might be slowed because communities are establishing regulatory procedures to install the new type of poles, which typically are placed in public rights of way.

“Once the regulation is in place, we can get them up pretty fast,” Andersen says.

SDN is working with Verizon Wireless, but the new poles also will accommodate a second wireless carrier.

Small cells help improve data flow in heavy-use areas, such as college campuses and shopping centers. The addition of small cell poles can improve and extend call capacity in high-traffic areas. They can enhance service in targeted areas of up to 1,500 feet.

Meanwhile, the increasing use of video technology is gobbling up bandwidth in many locations and, in some cases, clogging existing telecommunications infrastructure. That sometimes creates life-threatening problems. For example, after a principal was injured in a school shooting in Harrisburg in 2015, authorities had trouble communicating because so many students and other people were using their cellphones.

Challenges are likely to become greater in the future as, for example, when video capabilities are added to the region’s 911 emergency network.

Construction highlights of recent past 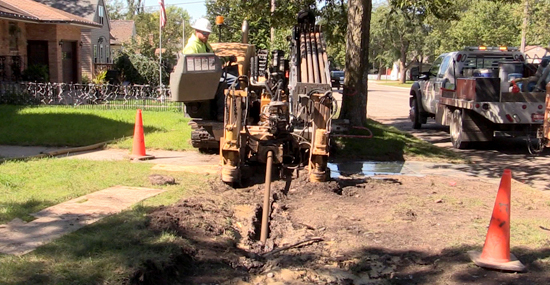 The network includes 2,600 miles of sheath-covered fiber that SDN owns, plus an additional 30,000 miles owned by SDN member companies in South Dakota.

“We do about 100 miles of expansion a year,” Andersen says.

This year, Andersen’s crew is assisting in the construction of interfacing points to connect communications entities in Owatonna and in Medford, Minn.

SDN’s outside engineering staff also is increasingly helping business clients set up alternative routes to carry their electronic traffic. The redundancy protects them in case their primary route gets temporarily shut down in a disaster or for some other reason.

“That’s something we’re doing more and more of,” Andersen says. “These days, businesses can’t afford to be without service.”