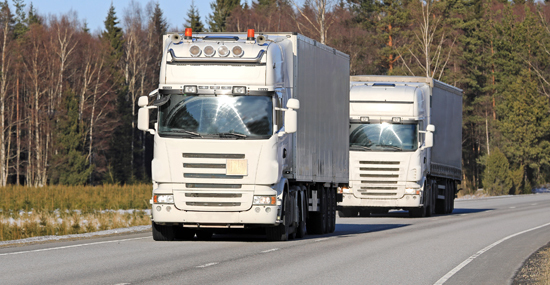 South Dakota Department of Transportation employees are working with neighboring states to test high-tech trucks on I-90 or I-94. They’ll be radar-controlled and follow each other at a distance other drivers might consider tailgating.

Platooning is the practice where a truck uses radar to follow the lead truck at a precise distance - 40 feet in this case. It’s been tested in other parts of the country. Now South Dakota is working with Minnesota, North Dakota, Montana, and Wyoming to test platooning across their long interstate stretches. 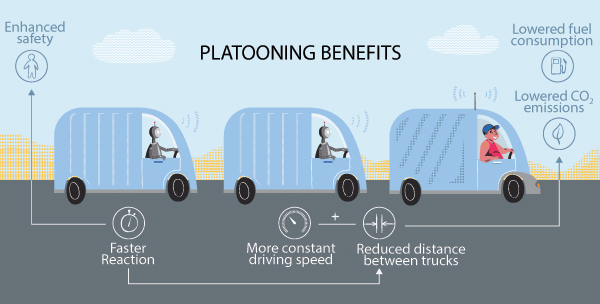 The shorter distance between trucks cruising down the road creates drafting, saving five percent in fuel efficiency for the lead truck and 10 percent for the autonomous follower.

Huft also predicts a merging of sorts between highway and IT engineers as concrete construction meets the proverbial Information Superhighway.

Interstates will need embedded sensors to gauge road conditions. And as connected vehicles evolve, variable speed limit signs might “talk to” driverless cars and slow them down for bad weather, construction zones or other hazards. That will require considerable broadband networking.

Fortunately, SDN and our owner companies, the independent telephone companies of South Dakota, have fiber deployed in the rights of way of nearly all highways. That fiber investment could speed connectivity for autonomous cars in South Dakota.

“When an officer pulls an autonomous one over and there’s no driver, just passengers, what will he do? Who is responsible?” Huft asks. “If I’m drunk but not really driving, am I committing a crime?”

Plus, today state government relies heavily on gas taxes to fund road work, but Huft says electric car use is growing dramatically and will overtake the highways with no real financial contribution to the roads they use.

Huft says electric cars are becoming cheaper for owners to operate. Five-year electric costs to run a car total $1,500 compared to $15,000 for gas, and electrics have a life expectancy two-and-a-half times greater because of fewer moving parts. While $60,000 Teslas are the top-selling electric luxury car, other lower-cost electrics are becoming competitive in price.

“I don’t often buy a new car, but my next one may be electric,” Huft says.

Smart cars of the future will be electric, reducing the gas emissions. And those cars that won’t rely on a human driver will give more independence to disabled or elderly people who can’t operate a car today. Huft also predicts a dramatic reduction in deadly crashes, which claim nearly 35,000 U.S. lives annually.

RELATED BLOG: Coming sooner than you might expect: driverless cars