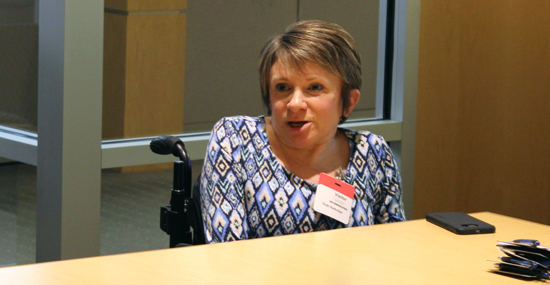 People with disabilities don’t want to be patronized with pity nor praised for performing everyday tasks, Kerkvliet says. They want equal opportunities to compete for jobs, earn a living and achieve independence.

Kerkvliet is the executive director of the Business Resource Network in Sioux Falls. The nonprofit organization provides businesses with education, awareness and resources to promote the employment of people with disabilities.

Kerkvliet recently led some interesting, insightful and useful training sessions for employees of SDN Communications in Sioux Falls. SDN is a premier regional provider of broadband connectivity and related services for businesses. The company provides its employees monthly training sessions on subjects ranging from wellness to first aid.

“We ask that they take advantage of developmental opportunities, regardless of whether they are presented by someone at SDN or someone else,” says Amy Preator, director of human resources at SDN. 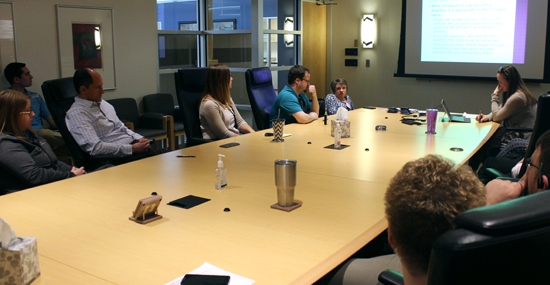 A lot of the advice that Kerkvliet provided for interacting with people with disabilities boiled down to common sense. However, people often treat people with disabilities differently. People might talk extra loud or slower than normal to someone who can’t see, for example. Or they might insist on providing unwanted help to someone using a device such as a wheelchair.

When people offer assistance of some kind, such as pushing a wheel chair, to a person with a disability, they should wait until the offer is accepted and then heed instructions, Kerkvliet says. If you are unsure of what to do, don’t be afraid to ask.

Kerkvliet was born with osteogenesis imperfecta, which is a bone disorder, and she uses a wheelchair. So she occasionally encounters well-intentioned people who want to push her, even though she might be trying to get some exercise by wheeling herself around.

Offer to help people with disabilities, she advises, but don’t insist or be offended if an offer is not accepted.

Kerkvliet stresses the use of “people first language.” That means putting people before their disability. Don’t refer to someone as a disabled person, for example. It’s better to refer to them as a person with a disability.

Similarly, don’t refer to groups of people with catch-all phrases such as “the blind.” Try to respect the individuality, equality and dignity of people who are blind or have some other disability.

When introduced to a person with a disability, offer to shake their hand, even if it’s their left hand.

“Treat adults as adults,” Kerkvliet says. “Address people who have disabilities by their first names only when extending the same familiarity to others.”

Here are some other tips from Kerkvliet, who has worked in the field of disabilities for 24 years:

Visit the Business Resource Network website to learn how the organization can be a resource for your business or employees or email Kerkvliet directly.