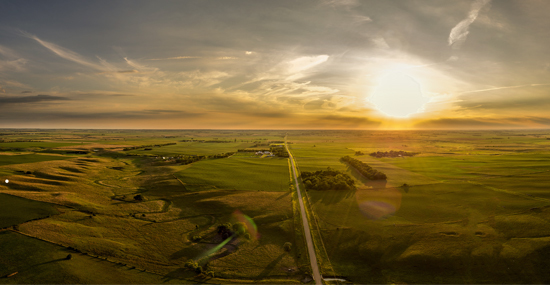 There is little doubt some areas of South Dakota lack access to adequate internet. And Gov. Kristi Noem rightly seeks to close the broadband gap by bringing it to every corner of South Dakota for business opportunity.

In her recent budget address, Gov. Noem outlined her plan to start with a $5 million investment to encourage private sector partnerships to deliver internet to every pocket of the state. She signaled that investment is only the beginning.

So, specifically, where is the digital divide in South Dakota? To answer that, we dug into the Federal Communications Commission public data and analyzed it.

The digital divide is very stark between urban and rural South Dakota. Largely, the rural areas without internet connectivity exist in markets owned by out-of-state companies.

Local and out-of-state companies compete to serve South Dakota’s larger cities. According to FCC data, 98 percent of people who live in urban areas have access to internet speeds of at least 25 Mbps download / 3 Mbps upload (25/3) within their census block, which is the current FCC standard for defining comparable broadband access. Delivering fiber connectivity in a city can yield hundreds of customers on a single fiber mile. It’s profitable. On the other hand, some rural markets need to deploy fiber for six miles to reach a single, remote farm. Costs to serve that customer might never be fully recovered. 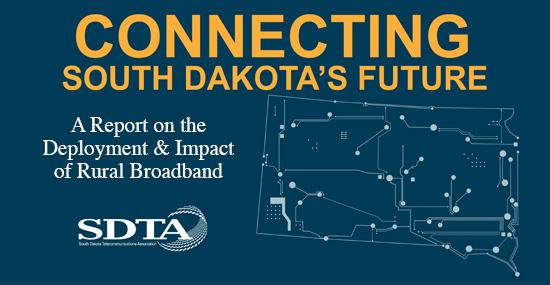 Those local companies have done a good job deploying internet via fiber optics, and they have a plan to finish that fiber investment connecting virtually every premise in their rural service areas within three years.

Here are the seven numbers to know:

Even with those numbers, these local companies recognize that’s not good enough. All the SDN/SDTA member companies are community-based, and many are cooperatives, municipally owned, and tribally owned. As such, all follow a simple mantra: Everyone in their service territory deserves equal service. It just takes time and resources to achieve it. The same could be said of the state challenge in getting internet to all.

The next step to bringing universal, high-speed broadband access across all of South Dakota will be determining which rural markets outside the SDN/SDTA territories need high-speed service and should be the focus under the new state broadband program. Since private industry will want to focus on the most cost-effective and potentially profitable areas to expand broadband, there may not be enough population density to continue these expansions with fiber-based service. Other non-fiber technology may be unproven or unreliable and will need testing.

Some SDN/SDTA companies have edged out of their long-established service areas, bringing other rural residents fiber-based broadband, and they have also been testing other technologies in neighboring markets where out-of-state providers have not provided high-speed broadband services. In a future analysis, we’ll explore those technologies.

Finally, as with any technology-based service, the eventual fees charged must be enough to cover the cost. Given the current market prices of high-speed broadband, it may be at a price point that remains unreachable for some. Such economic consideration should not be overlooked when trying to deliver broadband.

To learn more about the SDN/SDTA companies, visit our Member Company page. For a closer look at their coverage area, visit our interactive connectivity map. 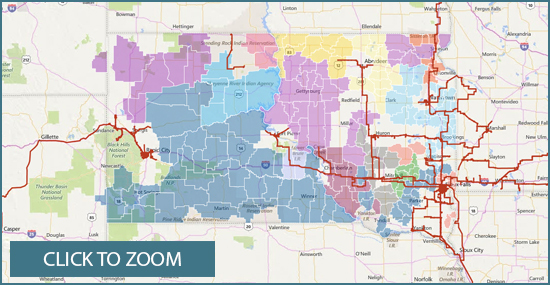