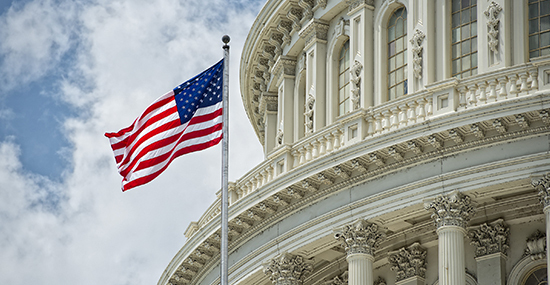 The Improving Rural Call Quality and Reliability Act would direct the Federal Communications Commission (FCC) to establish basic quality standards for providers that transmit voice calls to help ensure businesses, families, and emergency responders can count on phone calls being completed. In 2016, the legislation passed the House and Senate Commerce Committee, but the measure was not considered by the full Senate before Congress adjourned in December 2016.

The problem of call completion has plagued rural America for several years. Long distance calls destined for rural areas are not being completed or callers hear a busy signal even though the call has not reached the party on the other end. Getting to the exact root of the problem has been challenging due to the complex nature of how calls are routed from start to finish.

Representatives of the South Dakota Telecommunications Association (SDTA) and SDN Communications praised the re-introduction of legislation and urge the Senate Commerce Committee to swiftly consider and approve the measure.

SDTA Executive Director Rich Coit says the legislation is a significant first step, and he applauds Sen. Klobuchar and Chairman Thune for their bipartisan work to solve this problem.

“Call completion has negatively impacted rural consumers, including schools, businesses, government facilities and heath care organizations across rural America,” Coit said. “With all the advancements in technology, it has been very frustrating to hear stories from customers about lost business opportunities, inability for senior citizens to connect with health care facilities or school administrators not being able to get important messages to parents. SDTA believes this bill could change that and greatly benefit rural consumers.”

“The problem stems from least-cost routers that cut corners and fail to properly deliver calls to rural areas, “SDN CEO Mark Shlanta said. “When a problem is reported, we work with our industry partners and can tell there are calls each month that never get to our network, even though the call has been properly originated. Somewhere in the middle, the call gets dropped before it gets to our switch.”

Coit and Shlanta both salute the work of Chairman Thune on this bill.

“Rural call completion problems have plagued rural communities for far too long,” Coit said. “We applaud Sen. Thune’s leadership and commitment to moving this legislation forward. The bill gets us closer to ending these problems once and for all.”

“Chairman Thune deserves a lot of credit for advancing this measure and helping restore quality telephone service for rural consumers,” Shlanta said. “Dropped calls can have significant consequences for people across rural America. This bill is a good step toward correcting a troubling problem.”