The future of the telecommunications industry from two perspectives

Imagine trying to convince early South Dakotans that someday they could hold a small device in their hand that would connect them to anyone, anywhere in the world. That they’d be able to talk to and see people thousands of miles away on something called a computer.

They would have driven you out of town on the next stagecoach.

Yet here we are, connected on a level we’ve never experienced before. Unfortunately, rural populations in states like South Dakota have taken longer than our urban peers to enjoy full connectivity, but things are changing fast.

During the 2021 South Dakota Telecommunications Association (SDTA) annual conference in Deadwood, industry experts Dan Caldwell and Carissa Swenson of Consortia Consulting debated the future of the rural broadband industry - where it’s going, how it will be funded and what it will look like. 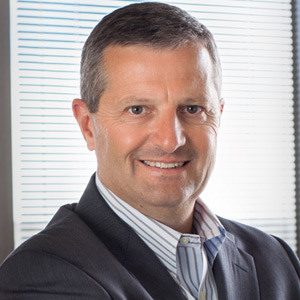 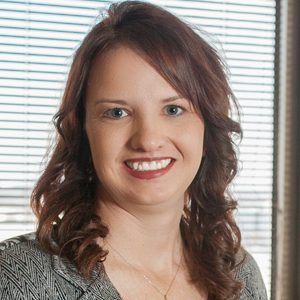 What does the future of funding look like - will it depend more on grant opportunities or fall back on the traditional Universal Service Fund through the FCC?

Dan: Despite the landslide of grant opportunities available to broadband companies, Dan feels that universal service funding is a better option for the future. For those unfamiliar, universal service is the principle (and the fund) that ensures all Americans have access to communication. It’s actually the pillar of the Communications Act of 1934, which established the FCC. The Universal Service Fund (USF) is paid for by fees charged to every telephone user – landline or wireless.

Dan believes that grants will become “more political” and certain companies and states will win out over others.

“I worry that the smaller companies will get left behind,” he said.

He believes it’s more important to shore up the USF by broadening the base of contributors so that funding remains consistent and fair.

Carissa: While Carissa agrees that USF has made a “huge” difference in some states, she believes it’s been less successful nationally.

“The USF program is not meeting the needs in some areas,” she said. “We need to target areas that don't have high speed … with grants.”

However, Carissa isn’t against USF funding. She believes a combination of both grant funding and USF money is the best bet for the industry. And she believes that most in the industry want a mix of both funding options.

What does the future of the workplace look like? Remote or in-person?

Carissa: For the past 15 years, Carissa has worked remotely, and it’s worked well for her. The expansion and success of broadband connectedness have made situations like hers easier with each passing year. She sees a future with more companies allowing telework arrangements and she’s a big supporter of that future.

Carissa points out that thanks to remote work situations, employees from powerhouse companies such as Google and Amazon now have the ability to live in smaller communities, even in South Dakota. Companies are able to hire for “expertise” and hire a more diverse workforce when they don’t require employees to relocate.

She’s a believer that remote workers are just as productive if not more than in-office staff. They avoid the stressful commute and the chaos of getting ready to leave the house each morning. She also sees a changing future for home construction and renovation, with home offices becoming not just a wish but a requirement for many homeowners.

“I don’t find it as productive to work from home,” he said.

He says studies are indicating that initially when businesses moved to telework during the pandemic, they saw a “huge bump in productivity.” He says the productivity bump is now declining, with people finding work-from-home environments distracting - think kids, pets, chores, etc. Dan laughs about his own experience of trying to bounce a grandchild on his knee while working from home. It didn’t go well.

All of this said, Dan does believe that for some people, remote work is doable.

“It can be done. It’s the individual … and how they are wired,” he said. “I think it has a place but I would hate to see it replace in-office work.”

The future of broadband needs?

Dan: “We are the media darlings of the future,” Dan said.

But he believes the industry needs to be careful.

With the explosive growth in broadband, funding has been plentiful. “We need to be cautious.” Dan urges providers to think carefully about decisions surrounding broadband expansion and growth.

“We fund needs. We don’t fund desires,” he said.

Dan says maintaining broadband infrastructure may be difficult over time, but it’s critical to continue providing services. The industry will need to remain competitive and will need to ensure that utilities are “sexy” to do that.

“Look at the map … it’s incredible how much bandwidth is going to be used,” she said. “The next generation is going to look at it as a necessity because this is how we do life.”

Carissa says many younger folks never use traditional television - it’s all internet-based devices such as computers and phones. The industry needs to adjust to meet this reality, she says.

And like Dan, Carissa believes the industry needs to remain relevant and top-of-mind to consumers. Not just the shiny new phone or computer but the infrastructure that makes those devices possible.

She urges companies to think about marketing and public relations as they move forward. Educating the public about the nuts and bolts of the industry is a key piece of its future success.

In the end, Dan and Carissa admit that their opinions more often align than contradict each other. They see a huge future for the industry and plenty of opportunities. Carissa urges the industry to work hard to balance price, speed and customer service as they move forward.

SDN Communications is a leader in providing reliable business internet, private networking and cloud connectivity to companies and organizations in communities such as Sioux Falls, Rapid City, Worthington, and the surrounding areas.

Lynn Taylor Rick is a veteran journalist who recently started her own freelance business to write for several private companies. Among her journalism experience, she was the city editor of the Mitchell Daily Republic before spending the bulk of her career as the Rapid City Journal’s premier feature writer.