Microsoft’s rural broadband initiative worth keeping an eye on 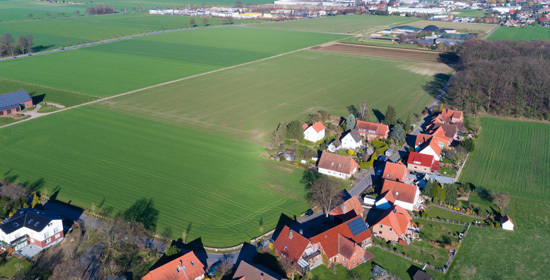 No matter what you think about Microsoft Corporation, the technology giant’s proposal to ease the digital divide in rural America deserves a look.

Approximately 34 million Americans lack broadband access, and 23.4 million of them live in rural areas, according to Microsoft’s proposal to connect more rural residents to the benefits of high-speed internet.

Microsoft suggests, in part, that unassigned and unused frequencies between those assigned to TV broadcasters can be used to help provide rural Americans with connectivity. In addition to using that so-called “TV white space,” fixed wireless and satellite services also would be used to eliminate the rural broadband gap.

As well as promoting the plan, Microsoft pledges to put money in it. The company says it will invest in partnerships with telecommunications companies to bring broadband connectivity to 2 million people in rural America by July 4, 2022.

South Dakota has been identified as one of 12 states that will serve as a test site for the project. North Dakota is also a test site.

“Our ultimate goal is to help serve as a catalyst for market investments by others in order to reach additional rural communities,” according to the Microsoft report, A Rural Broadband Strategy: Connecting Rural America to New Opportunities.

The private sector would have the leading role in deploying Microsoft’s “Rural Airband Initiative,” but the state and federal governments are being asked for help. The Federal Communications Commission, for example would have to ensure the continued availability of needed spectrum.

Meantime, federal and state governments are being encouraged to provide matching funds for infrastructure investments to help expand broadband coverage.

Microsoft’s plan has detractors. For example, the National Association of Broadcasters has expressed concerns that using white space could interfere with TV programming. The NAB also questions Microsoft’s success in developing devices that will allow rural residents to make productive use of white space.

“Here's what's really going on: Microsoft is aiming to be the soup-to-nuts provider of Internet of Things devices, software, and consulting services to zillions of local and national governments around the world,” according to a column published in Wired last July. The column was written by Susan Crawford, a professor at Harvard Law School.

Microsoft acknowledges its proposal could help it serve more customers. But the plan also could expand critical services to more people, the company contends.

“Broadband connections have become indispensable for accessing healthcare, advancing education, improving agriculture, and growing a small business. As a country, we should not settle for an outcome that leaves behind 23.4 million living in rural America,” according to the Microsoft proposal unveiled last summer. “To the contrary, we can and should bring the benefits of broadband coverage to every corner of the nation.”

Telecommunications companies in South Dakota are examining the proposal.

“We’re still trying to determine the potential role this service may play, and what service it may offer people living in rural America,” said Greg Dean, director of industry relations for the South Dakota Telecommunications Association.

Nearly two-thirds of the people served by members of the SDTA have fiber service, which gives them access to high-speed internet, Dean said.

“I think that’s a real statement about the commitment and investment our companies have made,” he said.

If satellite services are included with other existing services, nearly every South Dakotan has access to the internet, Dean said.

SDN Communications, a premier regional provider of broadband connectivity and telecommunications services for businesses, is studying the proposal to figure out what, if any, opportunities the plan might offer South Dakotans.

Microsoft’s proposal is more likely to affect SDN member companies than SDN itself, according to SDN CEO Mark Shlanta. So, SDN’s role might simply be to learn more about business opportunities that the proposal creates and assist member companies that want to pursue them, Shlanta said.

SDN is owned by 17 independent telephone companies, known as member companies. As a group, they serve approximately 80 percent of South Dakota’s geography.

Still, any serious proposal designed to improve broadband connectivity in rural areas deserves a close look in South Dakota, which might have scattered pockets of underserved residents. 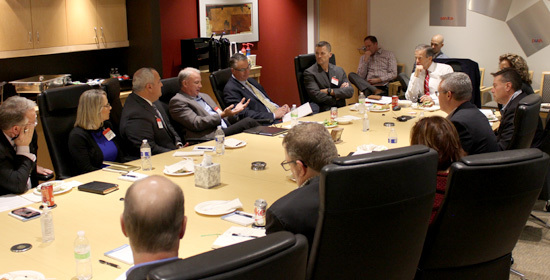 Microsoft’s plan was among the topics discussed over lunch recently by a room full of telecommunications executives and public officials at SDN’s headquarters in Sioux Falls.

U.S. Sen. John Thune, the senior member of South Dakota’s three-member delegation to Congress, was among those who attended the roundtable. Thune chairs the Senate Committee on Commerce, Science and Transportation. He is also an ex office member of the Subcommittee on Communications Technology, Innovation and the Internet.

Thune said Microsoft’s proposal will have to be vetted by the FCC and lawmakers.

“I think there’s upside potential,” he said. “We just have to assess the downside and try to find the sweet spot.”