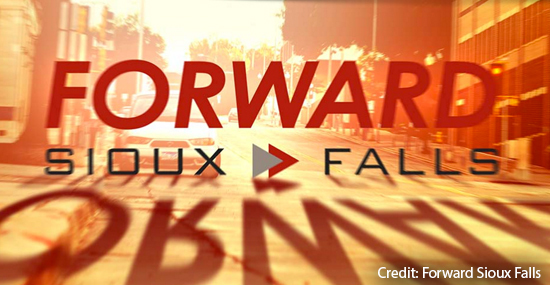 Business and civic leaders are more than a third of the way to raising $15.5 million. That's the goal for the next phase of the highly successful Forward Sioux Falls program.

FSF began in 1987. Fundraising for the 2021 campaign began in November and will continue through March 2016. The new program officially begins in April and runs for five years.

“Businesses tell us they can’t find the people they need. That's why we want to grow the workforce by 15,000 over five years,” says Shlanta. He also chairs the FSF Joint Venture Management Committee. 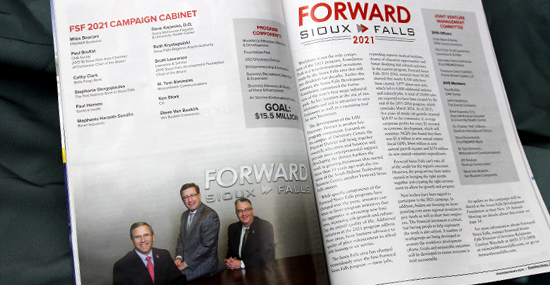 The Sioux Falls metro area has one of the highest workforce participation rates in the nation. More than 75 percent of adults work, according to some measurements. That means the city needs to keep and attract more workers, which is a challenge other growing cities also face.

“Workforce is something we’ll have to work on forever. We have to find ways to get more people to come to Sioux Falls,” Shlanta says.

The tight labor market has left thousands of positions unfilled in the Sioux Falls area, according to a FSF Strategic Workforce Action Agenda. Many are in lower-skill, lower-paying positions. Yet, limited employment opportunities at the high end of the spectrum also leave many workers underemployed.

There are possible solutions for easing the worker shortage, including external marketing and offering incentives to talented workers. The community also needs to maintain a variety of housing options for those new residents.

Growing the workforce is important in helping FSF reach other goals, including aiding the development of two new business parks.

FSF has had success in the past with infrastructure projects. In 2004, it launched the South Dakota Technology Business Center, a business incubator and training center in Sioux Falls. In 1997, the program created the Sioux Empire Housing Partnership to help address the community's housing needs.

Besides assisting in workforce development and the development of new business parks, focal points of the next campaign include:

Near the completion of each multiyear phase, FSF assesses its accomplishments and reviews whether the program should continue.

“No one said we should stop. The feedback has always been we need to continue to develop, not take our foot off the gas,” Shlanta says.

Shlanta has been active on the Development Foundation or FSF boards since 2003. He considers his civic leadership to be an extension of SDN’s standing in the community and state.

“We believe we’ve been a technology innovator and leader in the region, along with the independent phone companies in the state,” he says.

Seventeen telecommunications companies own SDN. They serve about 80 percent of South Dakota’s geography.

Visit the Why SDN section of the website to learn about the company’s community involvement.

Read more about Forward Sioux Falls 2021 in the November issue of the Chamber News.