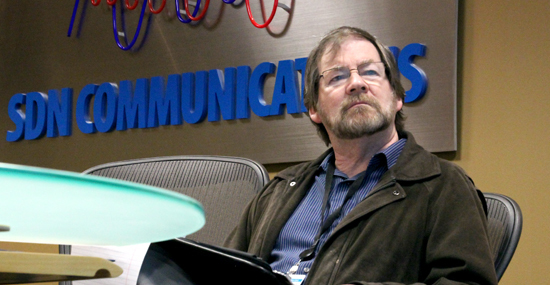 SDN Communications blogger Rob Swenson chooses his words carefully. Some might even describe him as a man of few words. Let me clarify - few spoken words.

When it comes to the written word, he’s prolific. This month Rob filed his 500th blog for SDN. They all come in bite-sized chunks, describing everything from our company’s growth and culture to cool gadgets and not-so-cool cybersecurity hacks. He started with us in July 2012 shortly after Argus Leader Media parent company Gannett ushered him, and many after him, into early retirement.

Too old to start over in media and too young to retire, Rob didn’t exactly know where he might fit. I did. I wanted to him to put his no-nonsense, business-writing skill to work for SDN.

He resisted a bit at first. Over lunch I lobbied him to give us a try.

I’m not sure if it was the free lunch for a guy out of work or my unwillingness to take no for an answer, but he soon acquiesced. Since then, he has taken on a half-dozen clients, including some non-profits I serve, such as the Sioux Falls Public Schools Education Foundation. You’ll find his byline in many places beyond this blog site; he also scribes for www.siouxfalls.business, Chamber News and even occasional regional and national publications.

In the almost six years since that lunch, Rob has never missed a deadline; he has never refused an assignment. He simply improves our story ideas with his perspective and tight writing. His SDN portfolio is voluminous.

By comparison, I’ve seen that Shakespeare penned 18,000 words for Macbeth; Hemmingway pushed to 30,000 in The Old Man and the Sea, and Steinbeck’s The Grapes of Wrath, my personal favorite, surpasses 169,000 words. My math tells me Rob is at 300,000 published words for SDN. His portfolio has become the region’s go-to technology encyclopedia, and it grows by another 1,200 words in two blogs per week.

We’ve come to rely on Rob’s writing, and he regularly calls SDN his primary client. We’re pretty proud of that. We’re even prouder of him. With that, I should sign off before the man of few words has some choice ones for me. Plus, I’m approaching 500 words myself, which is nearing the tolerance level of blog readers and Google search engines alike.

Just one last thing: If you enjoy Rob’s work here, do me a favor and email him to let him know. Maybe even suggest some future tech story ideas for him to explore. And as always, keep coming back for more of the best-written, local technology content right here. You can also subscribe to receive them by email so you don't miss out. 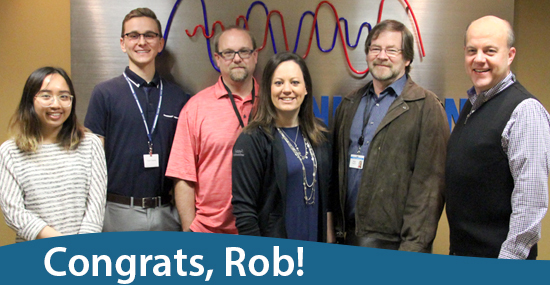