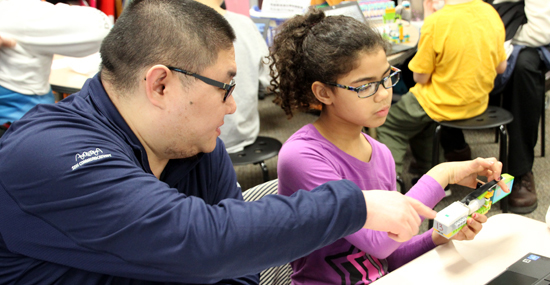 Meanwhile, the youngest students built structures with Lego toys to help them learn to think creatively and understand principles related to coding and computer science.

The demonstrations on February 28 were part of the Epic Build Showcase, which attracted several dozen parents and guests, including eight visitors from SDN Communications. Students got to show off some of what they’ve learned about computer technology on what also happened to be Digital Learning Day.

Lowell is one of three elementary and two middle schools in the Sioux Falls School District that in 2017 were designated as computer science immersion schools. Anne Sullivan and Hayward were the other two. In 2018, the designation expanded to two middle schools – McGovern and Whittier. 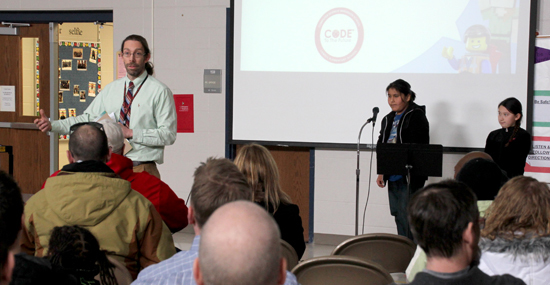 “What we’re teaching these kids is problem-solving skills,” said Michael Thornton, an administrative intern at Lowell.

Superintendent Brian Maher proposed the immersion program to increase diversity in the district’s specialty programs and, ultimately, in the technology workforce.

The educational effort has value that goes beyond helping students learn in fun ways. 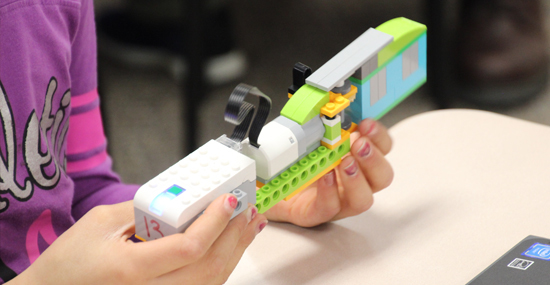 Schools in the Code to the Future program have large concentrations of low-income students. By the time some of them graduate from high school, they might have earned college credits in technology and have a significant interest in computer science, said Anne Williams, coordinator of specialized schools for the district.

“We’re helping kids learn to code. It’s something they may want to pursue long term because of the exposure,” she said.

Da’Kajsa Nance, a fifth-grader at Lowell, noted in opening remarks that she read to parents and visitors that one-million computer programming jobs are open now. And there is no need to fear that robots will fill all of the jobs in the future, she said.

“Experts also tell us that it is the people who can work with and alongside robots that are going to have robot-proof jobs in the future,” Da’Kajsa said. 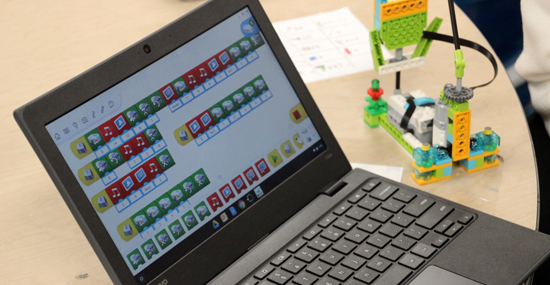 Hayden Oltmanns, also a fifth-grader, emphasized the increasing importance of coding in reading his opening remarks. Robots of different sizes and shapes can assist in all kinds of tasks when guided by automatic controls, he said, and robots can help people work with more precision and accuracy.

“The more we learn, the more we can build better and better robots to help us drive cars, explore space, do very detailed surgery, and many other tasks unimaginable to our parents and our parents’ parents,” Hayden said. 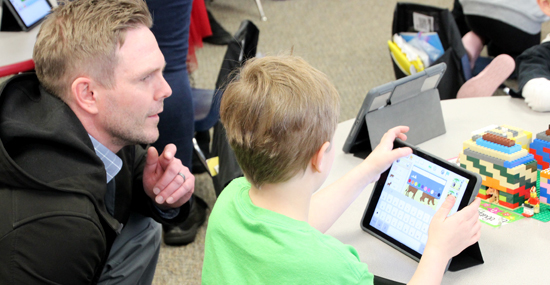 The school district has a contract with the national organization Code to the Future to help train teachers and implement the program.

Peter Dzubay of Code to the Future has been in Sioux Falls lately to assist. Teachers in Sioux Falls have taken well to the program, and the students seem engaged, he said.

By the time elementary students get to middle school, they will be ready to build websites, Dzubay said.

The visitors who checked out demonstrations in classrooms during the Epic Build Showcase included five members of SDN’s application development team and Jon Scarbrough, the company’s director of IT.

The school invited SDN’s team to not only take in the demonstrations but also give the students time with coding professionals who could offer feedback and encouragement.

“We’re fully supportive of helping K through 12 learn how to code,” Scarbrough said. “These are the initial steps in the program. It was exciting to see.”

This was the second Epic Build Showcase Lowell Elementary hosted this school year. A third session is scheduled for May. 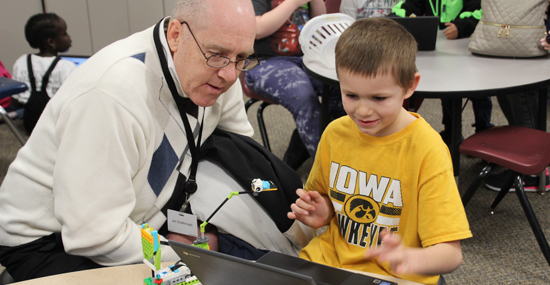 Stay connected with SDN through our e-newsletter and twice-weekly blog updates like this one. Just use the button below and subscribe to receive them directly to your email.