Boys Scouts get support from SDN and business community 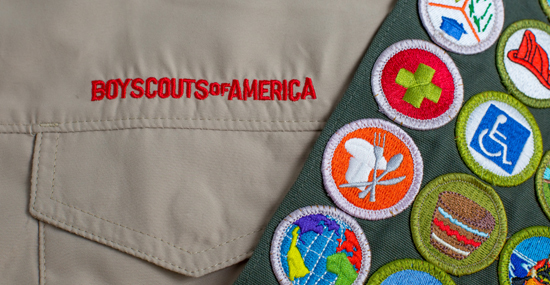 The Sioux Council of the Boy Scouts of America plans to raise nearly $1.6 million to improve scouting facilities at its regional center in Sioux Falls and SDN will play a role in making it happen.

A four-month phase of the fundraising campaign endorsed by the Sioux Falls Area Chamber of Commerce won’t begin until April 1, 2019. However, SDN Communications recently helped jumpstart the campaign with a $3,640 contribution. The money was donated by SDN and participants in a recent, company-hosted golf event.

Scouting is familiar and special activity for SDN CEO Mark Shlanta, who will co-chair the Boy Scouts’ fundraising campaign in 2019. Dana Dykhouse, CEO of First Premier Bank, will serve as the other co-chair.

Shlanta was active in scouting as a youth, and he remains active as an adult. As a Boy Scout, he earned the designation of Eagle Scout, the highest rank attainable. His late grandfather was an Eagle Scout. So are his four sons: Michael, Karl, Joe and Scott. 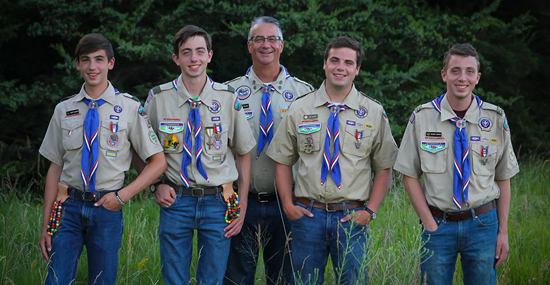 As envisioned, the scouting facility expansion will create a nice, new attraction for the community as well as a fun and educational addition for regional scouting programs.

The Sioux Council serves 61 counties in the eastern two-thirds of South Dakota and parts of southwestern Minnesota and northwestern Iowa. With help from nearly 2,500 volunteers, more than 10,000 youths and adults participate annually in scouting programs.

The organization plans to add a three-story Urban Adventure Center to the Sioux Council Center for Scouting at 800 N. West Ave. in Sioux Falls. New features will include indoor rock climbing, a 100-foot zip line and a state-of-the-art classroom with a video communications equipment. 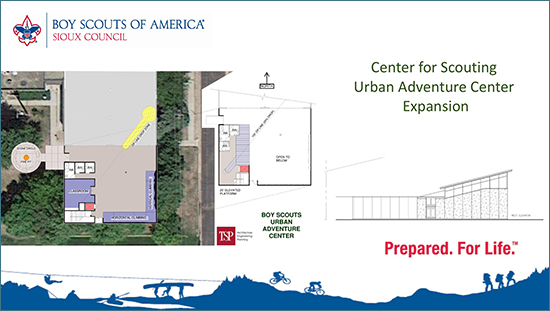 The center also will include features such as showers so that it can serve as a base camp for Boy Scouts who visit Sioux Falls from out of town, Scout Executive Tom Smotherman said.

The center is expected to attract at least 7,500 visitors to Sioux Falls a year. It is also expected to be a local attraction because it will be available to groups from businesses, schools and churches for activities such as teambuilding exercises, he said.

“We are just now putting the campaign together,” Smotherman said. “We look forward to serving scouts better and the community better.”

Shlanta looks forward to what the improved facility will do not only for scouts but also the community. As an adult, he has served as a den leader for Cub Scouts, as a scoutmaster for Boy Scouts and as a Board member. For him, scouting is about helping young people by providing them with opportunities to meet new people, see new places, explore things and develop skills while having fun.

“For youth and adults, scouting offers a way to develop life skills while introducing you to other skills, activities and adventures,” he said. Those skills, Shlanta believes, will be valued in the area workforce.

The purpose of Scouting is to provide educational programs to help youths build character, train in the responsibilities of citizenship and develop personal fitness. Experiencing the outdoors is a big part of membership.

Scouting programs such as Exploring and Venturing already are open to girls as well as boys.

For more information, visit the website for the Sioux Council of the Boy Scouts of America.