A basic of business communication: Bandwidth vs. Speed 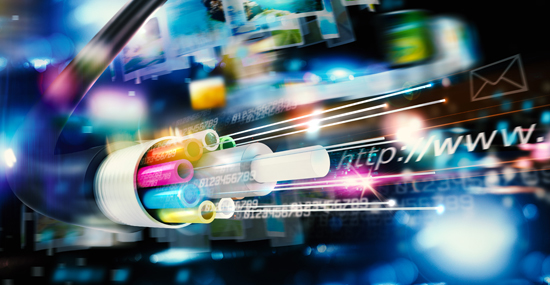 In the jargon of electronic communications, bandwidth and speed sometimes seem to mean the same thing. At other times, the two terms clearly refer to something different.

Understanding the difference in meanings might not seem like a big deal to people who don’t work in IT departments. However, with business operations increasingly dependent on computerized networks running effectively, people throughout organizations - decision-makers and other managers, in particular – might benefit from having a working understanding of the terms.

I asked an expert in engineering at SDN Communications in Sioux Falls to help me understand the difference so that I could pass it along. Chris Aeilts, a sales engineer with patience as well as a gift for explaining networking complexities, got the call.

“When we use the terms in the industry, we almost use them interchangeably,” he said. “The context in which they are used is more important than the actual words.”

Comparisons to other pathways, such as a water hose (see the graphic below) or a multilane highway, can help illustrate the difference. Let’s go with a three-lane highway with exits to single-lane roadways.

Find out how your internet is performing by taking our speed test. Just use the button below and then click "GO."

Electronic traffic doesn’t reduce its rate of speed; it’s either moving or stopped, though possibly for only a millisecond. Ultimately, the speed of a transmission will depend on how quickly it can get through the weakest connecting points. (In computer talk, delays are referred to as latency.)

The width of a roadway sets a maximum in the amount of information that can be moved at a given moment, but the size does not set speed.

“The wider the highway, the more information you can move through at a given speed,” Aeilts said.

To get maximum throughput, businesses have to make sure every link in an electronic pathway meets their preferred standard, he said.

A capacity of 25 megabits per second has become a common starting point for small organizations, but most business networks are capable of being scaled up to a gigabit or more of capacity. One gigabit equals 1,000 megabits.

Bits – sometimes confused with bytes – are the most basic unit of measurement in telecommunications. One byte, in comparison, equals eight bits. Bits generally are used to describe transfer rates, experts say, and bytes are more commonly used to describe storage capacity.

Measurement terms help demonstrate how small differences in words can lead to big differences in understanding. Which gets back to Aeilts’ point about the importance of speaking in context.

“Just because you think a word means one thing doesn’t mean everybody else does,” he said. “It’s important to communicate information in the correct context so that people know beyond a shadow of a doubt what you’re talking about” 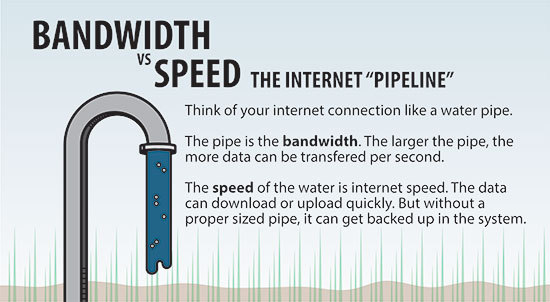