Want a career in a high-demand field? Consider cybersecurity 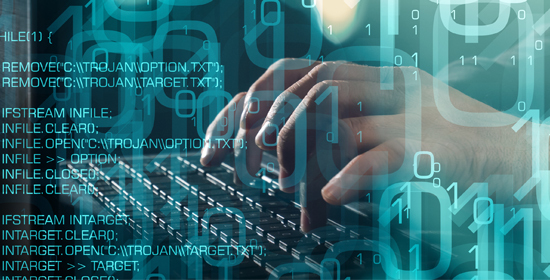 With the possible exception of Walmart, cybercrime is bigger than any leading Fortune 500 Company. It’s bigger financially than Apple, Exxon Mobile, General Motors, and the other 496 businesses on the prestigious list of U.S corporations.

By one estimate – from Bermuda-based, specialty insurer Hiscox Ltd. - cybercrime costs the world about $450 billion a year. However, some estimates put annual damages in the trillions of dollars.

Cybersecurity Ventures is a research and publishing company that covers the global cyber economy. Its experts predict that cybercrime will cost the world $6 trillion annually by 2021, up from its $3 trillion prediction for 2015.

For years, the growth in cybercrime has created a corresponding jump in the need for cybersecurity workers. Unfortunately, many of those new positions are going unfilled.

Approximately 780,000 Americans work in cybersecurity positions, and about 350,000 additional jobs are open, according to a program under the U.S. Department of Commerce. Cybersecurity Ventures, meanwhile, estimates there will be 3.5 million unfilled cybersecurity jobs by 2021, up from what it says was 1 million in 2016.

Dakota State University in Madison, S.D., is among the institutions preparing future cybersecurity experts, and the school is stepping up its efforts.

Dr. Richard Hanson, dean of the Beacom College of Computer and Cyber Sciences at DSU, doesn’t point to a specific source for data about job openings. But he agrees that the number and diversity of employment opportunities in cybersecurity and digital management are exploding rapidly.

That’s because of the expanding digital insertion into people’s lives.

A lot of hackers have been well-trained. The men and women fighting them on technological fronts have to be well-intentioned and trained well. DSU holds four Center of Academic Excellence designations from the National Security Agency and the Department of Homeland Security. It is obviously well-positioned to help the region and the nation meet the soaring demand for cybersecurity professionals.

Sioux Falls-based SDN Communications has been among the supporters of DSU’s efforts to expand the appeal of cyber careers to more students. SDN sponsored the 2017 South Dakota Technology Showcase where DSU President Dr. José Marie Griffiths spoke about the MadLabs.

Watch her presentation in the video below. We've cued it up for you.