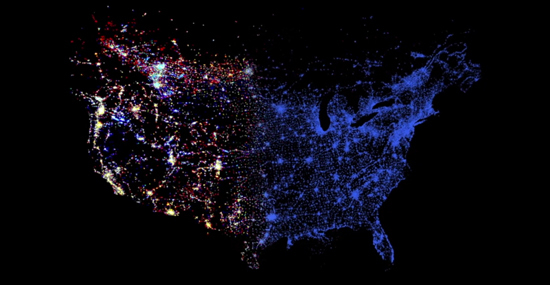 The Internet, among its many virtues, is also a weapon of mass destruction. Renowned journalist Ted Koppel makes that stark declaration at the end of his book, “Lights Out: A Cyberattack, A Nation Unprepared, Surviving the Aftermath.”

Koppel’s book explores the very real possibility and devastating consequences that a successful attack on one of the nation’s three, largely antiquated power grids would have on millions of Americans.

The thought of terrorists attacking a power grid is reminiscent of one of those action movies of recent years in which a heroic president or rogue federal agent saves the nation from a small band of smart but bloodthirsty terrorists. The threats discussed in the book are realistic, however.

Even before Koppel documented the vulnerability of the nation’s aging infrastructure, U.S. security experts had identified cyberattacks as the top security risk facing the nation.

As Koppel reports, officials consider an attack on the nation’s power system not only possible but also likely. They just don’t know when it will come or from what direction. An enemy government? Foreign terrorists? Domestic criminals?

Koppel also points out – and this is particularly unsettling – that the nation lacks a detailed plan for coping with an attack that could leave large sections of the country without electricity, water or food for months. The nation’s political leaders haven’t taken up the cause yet.

Meanwhile, most Americans are busy making a living. Most Americans lack the space and resources to stockpile months of food and water to survive an extended electrical blackout.

“For the most part, public reaction to the possibility of a massive cyberattack has not even risen to the level of apathy. Apathy suggests the awareness of a problem and the decision not to worry about it. We’re not there yet,” Koppel writes.

North Korea’s dislike of being the target of crude jokes in the American-made movie, “The Interview,” demonstrated U.S. vulnerabilities on the business front. In apparent retaliation for the movie, hackers took the film’s production company, Sony Pictures, offline and posted five unreleased movies and sensitive company and industry information on the Internet for public viewing.

In turn, North Korea’s access to the Internet temporarily was blocked.

The attack on Sony wasn’t a serious threat to the overall security of the nation, but it did show that skilled hackers can disrupt a large company with considerable resources. What’s to stop hackers from launching a devastating attack on American infrastructure? Not much, apparently.

The United States has never faced so many potential enemies, Koppel says.

“Our points of vulnerable access are greater than in all of previous human history, yet we have barely begun to focus on the actual danger that cyber warfare presents to our national infrastructure,” he says.

Koppel, 76, a naturalized U.S. citizen, was born in England after his parents fled from Germany during the rise of Adolph Hitler. He grew up with memories of England during World War II before his family immigrated to the United States when he was 13.

Koppel suggests that the United States recall civil defense preparations taken during World War II and its aftermath. New highways, bomb shelters and protection drills might not be the answer to today’s threats, but they could motivate the country to deal with modern threats.

Businesses as well as individuals should impress upon government leaders at the local, state and national levels the importance of good cybersecurity and good disaster planning.

Providing for the national defense is a federal responsibility, but cybersecurity requires engaged participation at the local level. The United States cannot let advancements in technology get too far ahead of the nation’s ability to protect itself. Cybersecurity must be priority.

SDN Communications, a premier regional provider of broadband connectivity, is among the private companies that offer products and services to can help businesses and institutions protect themselves from cyberattacks. To learn more about the company, visit the SDN Communications website.