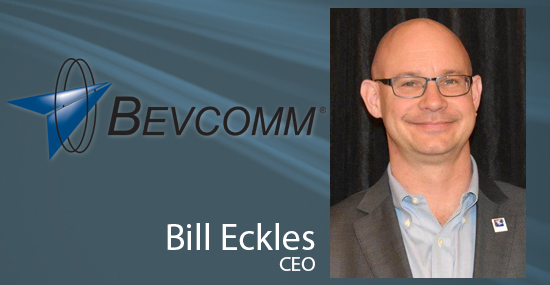 “I was kind of born into the business,” Eckles says. “I was probably in the fourth grade when I got my first check for delivering phone books.”

Eckles’ great-grandfather started the company in 1895. Leadership passed to his grandfather and then to his father, Neil, who still chairs the company’s board. Bill Eckles, who spent boyhood summers working for the company, rejoined the family business in late 2000 after gaining other experience and was promoted to CEO in 2003.

The network expansion includes southern Minnesota from the border of South Dakota to Wisconsin, and from south of the Twin Cities to Iowa. Crews finished linking the thousands of miles of existing fiber in late 2015; it opened for business in early 2016.

In addition to SDN and BEVCOMM, other companies that are part of the expansion include:

“So far, so good,” Eckles says of the venture. “It’s got a lot of potential.”

The companies in SMB are similar. The idea of linking their networks enhance their commercial appeal “had been kicked around for a while,” he says.

Eckles notes that there is now an account executive focused on that region: Ryan Dutton, an experienced telecom executive who once worked for BEVCOMM. Dutton works out of Blue Earth, which is his hometown and the home base for BEVCOMM.

BEVCOMM also has offices in six other Minnesota towns and two Wisconsin communities. In all, the company serves 23 communities in the two states.

Eckles once joked that his job interview lasted about 20 years. He went to Iowa State University after graduating from Blue Earth Area High School in 1994. But he transferred to the University of St. Thomas in St. Paul, where he earned a degree in finance. He also became a licensed pilot and toyed with the possibility of an aviation career.

He was working as the director of flight operations and chief flight instruction for Thunderbird Aviation in Eden Prairie before he returned to the family business.

The name BEVCOMM evolved from a prior company name: Blue Earth Valley Communications. The company’s customer base is largely residential. Its core services include phone, Internet and digital TV. It also offers business solutions including video surveillance, managed IT, and web hosting and design services.

During the past decade, Eckles has led BEVCOMM through a series of acquisitions and partnerships. Today the company has more than 100 employees and serves more than 1,500 square miles, including more than 20,000 homes.

With 17 years of experience, Eckles has been in the telecommunications industry long enough to see big changes, such as the migration of dial-up Internet into an array of faster services. And he expects changes to keep coming.

“Broadband availability is the big challenge,” he says. “Getting fiber to the farm. Once they have the connection, pretty much any service that’s out there is going to be available to them.”

Get to know SDN's member companies better and the impact they have on their communities through our other member articles.